As world historians, we generally have some familiarity with origin stories and creation myths. It is very rare, however, to have the opportunity to reflect upon the origins of our professional associations and learned societies. Probably, most of us have no interest in doing so—because the origins of our scholarly organizations couldn’t possibly be as interesting as other things that we study.

Most of us wouldn’t find articles of incorporation especially engaging and might well skip over them if we chanced upon them in an archive, preferring to search and scan for something related to our specific research questions. But we might miss something important, or illuminating, or both. One could not tell the origin story of the World History Association (WHA) or the Journal of World History (JWH) without referring to Jerry H. Bentley, formerly of the University of Hawaii at Manoa.

These entities, so important to so many of us, would not have started when and where they did without Jerry’s energetic outreach, negotiation, and plain old ability to get things done. Few were as instrumental in creating the WHA and the JWH, and fewer still were as important to the organization’s growth in its first decade. Jerry B, as he signed his missives, was a frequent presence at all conferences World History, wherever they happened to be, searching out new scholars—hoping to procure the most interesting and important research in the field for the JWH. His vision for World History was at once inclusive and transformative.

Though other scholars toiled in these intellectual fields, Jerry’s enthusiasm, and willingness to entertain new interpretations, distinguished him from much of the rest of the pack. But it wasn’t just World History scholarship that engaged him; in fact, he was very committed to the teaching of World History, especially in secondary schools and in colleges and universities. The College Board tapped Jerry for its advisory panels, and he was instrumental in creating a yearlong AP course in World History. Much more importantly, with his colleague Herb Ziegler, Jerry authored one of the best-selling textbooks for World History classrooms, which teachers and school districts adopted not just because of its narrative approach, but also because Jerry B engaged directly with teachers—whether at workshops he ran for them at the Library of Congress or as a constant presence at the annual AP reading. He frequently received notes and cards from teachers, apprising him of how they used his book to teach the field to their students. If some of these exchanges were actually quite humorous, all of them demonstrated a personal warmth and kindness between Jerry B and his correspondents, whether in person or online.

Most world historians, at least the ones who go to conferences, especially in our pre-COVID years, enjoy travel and its accompaniments. Jerry was no different—he loved to travel, to cook, and to eat—and appreciated any opportunity to engage in these practices together. Whether he was at a meeting, or on vacation, he looked for opportunities to try interesting and new experiences, and foods, or to taste new wines, or to prepare new dishes. He’d study restaurant listings before traveling, as well as at home in Honolulu, and regularly made a point of visiting any restaurants that served any kind of creative cuisine. Sharing meals with family and friends, Jerry’s generosity of spirit meant that his culinary discoveries rarely remained a secret. As we reflect on Jerry’s contributions to the WHA, we are reminded of someone whose life’s work brought so many together-- in a stimulating, amusing, and spirited way. His ubiquity, his energy, his kindness and curiosity, his humor, and above all his friendship are missed by so many, even now, a decade after he’s been gone. Let us pause for just a few moments as we take our next tastes of (white) wine to honor his memory. Let us celebrate his contributions to the historical profession and the lives of all who knew him. And may his memory bring a smile to our faces and a twinkle to our eyes. Alan L. Karras Associate Director, Political Economy Special Assistant to the Dean, Social Sciences University of California, Berkeley

In 2012, the WHA lost a pioneer in Jerry Bentley. His widow, Carol Mon Lee, has honored his commitment with a generous gift to the World History Association.

Read more about him → 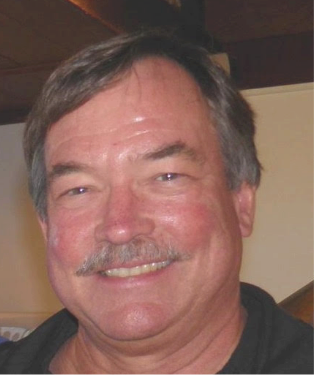